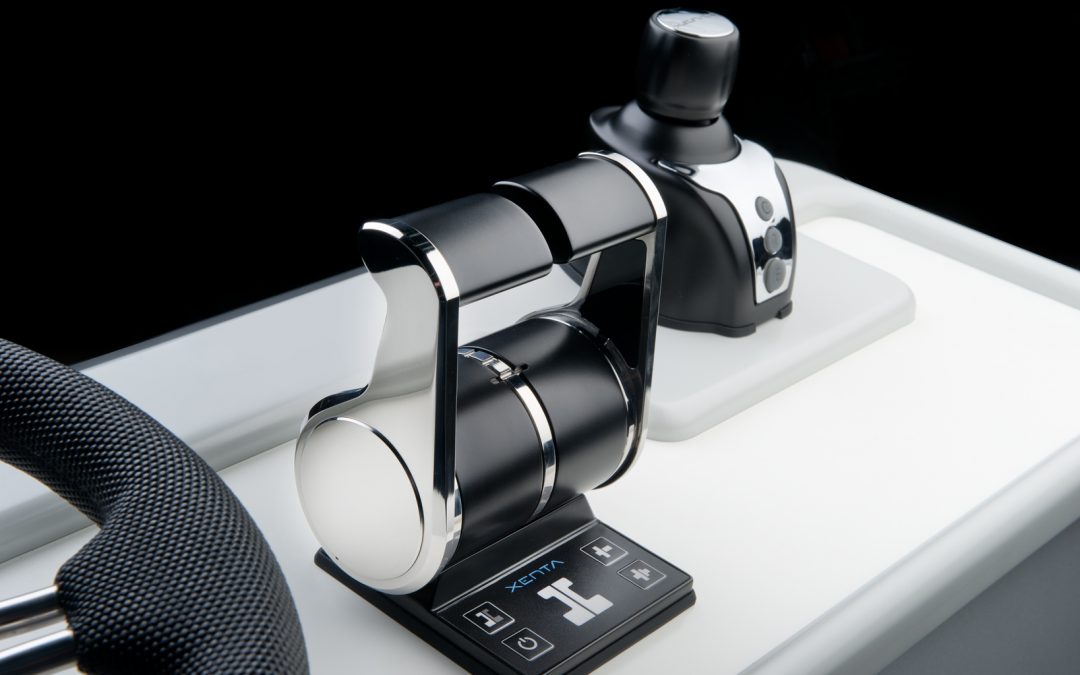 Following the announcement of the exclusive partnerships with Xenta Systems and Murphy by Enovation to supply the all-important controls and display systems for the game-changing CXO300 diesel outboard engine, Cox Powertrain will preview the new Xenta joystick and throttle and Murphy by Enovation’s new Powerview®1200 engine display system to the European recreational marine market for the first at this year’s Marine Equipment Trade Show.

Italian controls specialist, Xenta Systems has been chosen to supply the engine controls system for the CXO300. As the first company to develop and patent the intuitive joystick control system, Xenta System works closely with retrofit and OEM production markets to offer a fully integrated engine control package, resulting in a highly intuitive control system that provides seamless manoeuvrability of craft in close quarters.

Murphy by Enovation Controls has been selected to supply the new PowerView®1200 display screen offering full-featured engine diagnostics on a powerful display screen. Murphy by Enovation’s PowerView® display systems offer fully featured, configurable displays and easy-to-read operator interfaces. As Murphy’s largest engine display system, the new PowerView®1200 was chosen for its power, large memory and excellent connectivity. The 12.3-inch, glare-free LED screen, can be easily viewed, even in full sunlight and the display is fully bonded making it a perfect solution for all types of environments and applications.

The CXO300 is set for launch in the second half of 2018 following an intense period of trials. A solid and comprehensive sales, service and distribution network for the USA and Europe has now been finalised. The US dealers will join forces for the Fort Lauderdale International Boat Show in November for the first time to present a full size model of the CXO300 to the US recreational market. More information about the new European distribution network will be revealed during METS.